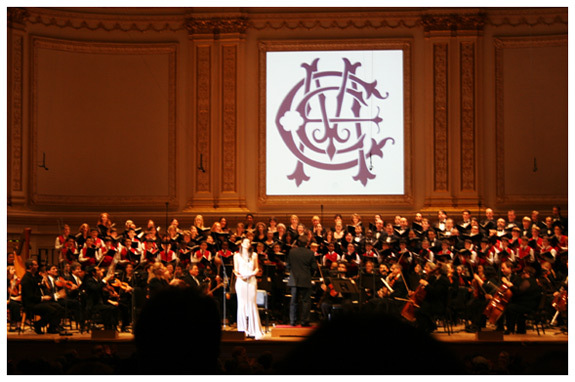 Last night Steph and I went back into the city to attend the United States premier of Paul McCartney’s latest classical album Ecce Cor Meum.  The concert took place at Carnegie Hall, which was one of the few major places in the city that I had yet to visit.  We arrived minutes before the show was to begin, walked right in and took our seats on the main floor.  We were excited, but not shaking with anticipation as I had thought we’d be, probably because we had just met Paul the day before, but still, it was great to be there and I couldn’t wait for it to start.

A minute or two before the performance was scheduled to start Paul entered a box maybe 10 feet directly above us and sat down with a bunch of celebrities.  The crowd went nuts and many got out of their seat to get closer.  Eventually they sat everybody down and the show began.

The music was beautiful.  In the first half, Kate Royal and Andrew Staples performed several McCartney songs such as "My Love", "Junk", and "Calico Skies" in an operatic style.  I couldn’t help but laugh hearing them sing lyrics like "Parachutes, army boots, sleeping bags for two, sentimental jamboree…".  It almost seemed like a joke.  But the rest of the songs sounded great.  The second half was Ecce Cor Meum, which I thought was incredible.  Some of the critics thought otherwise, but they can go screw themselves.

During the intermission Steph and I went up to Paul’s box and tried to meet with him again, but there were so many crazed fans rushing towards him it was impossible.  We kept out distance because there wasn’t any need to add to the chaos… we knew it wouldn’t work.  So I’m standing there watching Paul walk away, when I turn to my right and see Steve Buscemi watching along with me.  I said "Hey!  How’s it going?"  Shook his hand, took a quick picture with him, and we had a short chat about the show and Paul’s recent music.

Here’s the audio from Paul’s interview during the intermission with NPR:

A couple minutes later the ushers started getting people back into their seats and said that Paul wasn’t coming out until everybody was gone.  A large number left, but we just stepped back along the walls until he came out.  I guess a lot of other people did the same thing, because when we walked out he was nearly crushed by the fans.  I saw a guy that had to have been in his 80’s squeeze past security and pull Paul right next to him for a picture.  Another lady, probably in her 50’s, managed to get right next to him as well.  It was tight, and even Paul looked like he was getting uncomfortable.  He turned to her and said "Watch it baby you’re gonna get crushed".  She proceeded to burst into tears and started screaming.  After Paul got back into his box she nearly fainted on a chair next to me.  One of the ushers went over to help her out and said "I know!  He’s like Jesus!  But you gotta calm down!"  After snapping a few pictures we headed back to our seats for the second part of the performance.

During the rest of the show Steph and I noticed that some of the audience chose to watch Paul sitting down instead of actually enjoying his work on stage.  Some people held up banners, others were snapping pictures with their cell phones, and others were talking or acting inappropriately.  There were some in the crowd that showed up in t-shirts, jeans, and a few even wore hats.   We were amazed at how disrespectful some of these people were.  A lot of fans made complete fools out of themselves.

At the end of the show, Paul took the stage and did some thank-you’s, while many walked and even ran to the front to snap up close pictures.  He didn’t seem to mind and even accepted flowers from the audience.  As he left the stage a shower of white heart confetti came down on the audience, completely covering the floor.   The show was over. 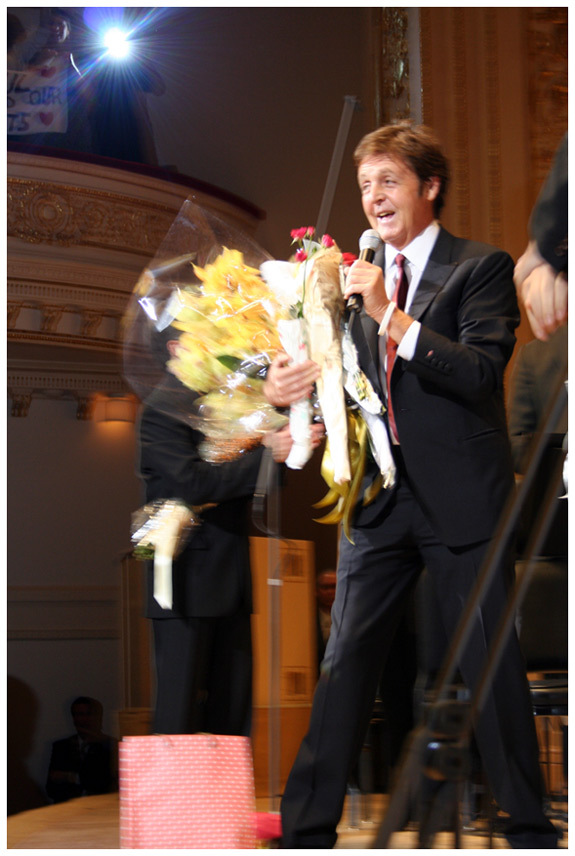 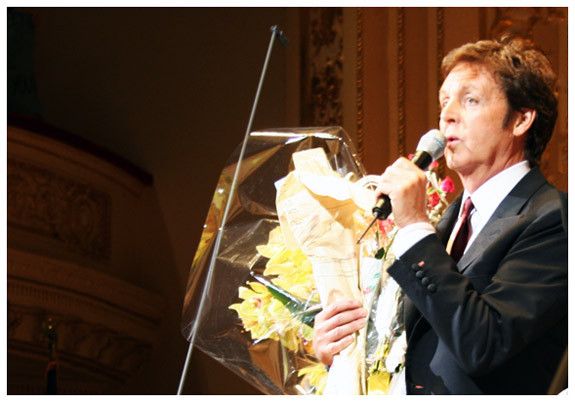 But before we left we decided to go back upstairs to the box where Paul was sitting.  I had expected tons of crazed fans to be up there again like last time.  But this time there were only two men standing there:  Conan O’Brian and Jerry Seinfeld.  I casually walked up to them and begun a conversation with Conan about the show and what he thought about it.  I walked with him for a minute or two then went to look for Steph, but stopped for a second and made sure to shake hands with Seinfeld before he left.  As I was looking for her I ran into many more celebs, and managed to meet Elvis Costello, Lorne Michaels, and Woody Harrelson.  I realized Alec Baldwin was standing next to me but he appeared to be upset about something so I didn’t think it would be appropriate to bother him. 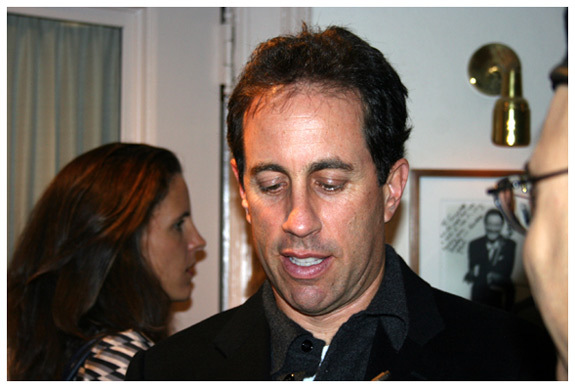 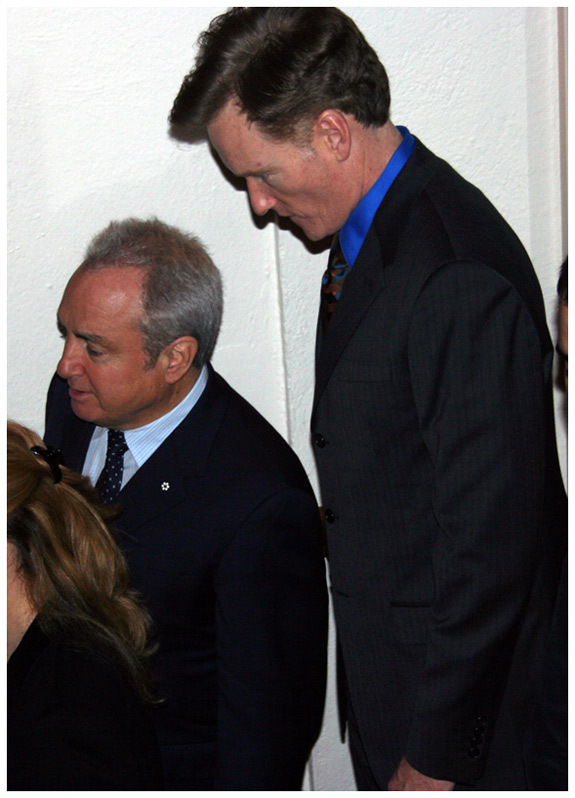 When I found Steph she told me she had been off talking to Woody and Steve Gutenberg, and that they even had been flirting with her!  She went over to talk to Jerry and I tried to get a picture of them together but the crowd was starting to rush everybody so I never got the chance.

Needless to say it was a night I’ll never forget.

Some video from the night:

Woman gets yelled at following the show:

Culture, Concerts, Alec Baldwin, A Day In The Life

Paul McCartney.. Billy Joel.. an all-access pass and a front row seat. It all started when I saw...