Gracie got an early chance to try out her Pugz when we had a freak snowstorm in October. As you can see in the video she felt a bit weird with boots on her feet, but we're hoping she'll get used to them as the winter goes on.

After posting this video on YouTube we were contacted by the company that created the Pugz for permission to use Gracie in one of their advertisements. Of course we agreed.  Video coming soon! 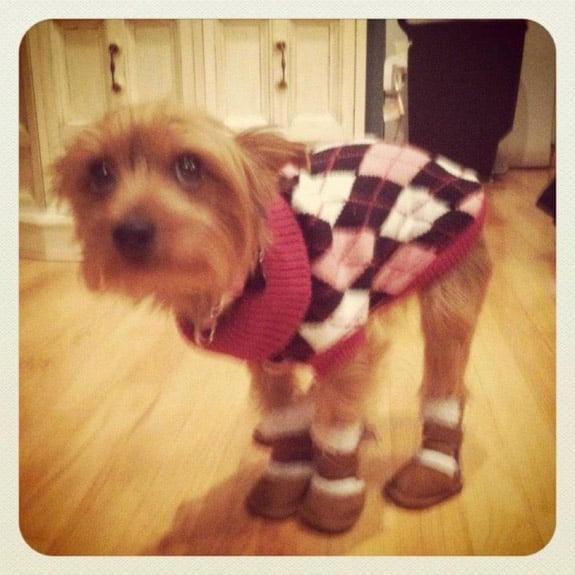 Yesterday morning marked my graduation from SCSU.  The rain stopped just in time for the ceremony...

Back home from Ireland

I’m back home from Ireland.  I’ve posted all of my pictures as well as a few that I swiped from...

There’s no work or school today, so I’m here to give a little life update.  I’ve been busy.  A...