Ten miles along the Appalachian Trail

If you’re living in CT and you’re not sure what to do during a free day, I suggest taking a hike along the Appalachian Trail.  The trail is over 2,000 miles long, running all the way from Maine to northern Georgia.  In Connecticut, it runs through the northwest corner of Litchfield County over some of the state’s highest peaks.

I went for a hike yesterday with my friends Amber and Bret, with the goal of reaching the top of Bear Mountain.  With an elevation of 2,316 feet, it’s Connecticut’s highest peak.  We started off on a trail about five miles south of the mountain.  There’s a parking area that’s only a short drive from the town center in Salisbury which brings you right to the beginning of the trail.  After passing through a few fields we started a quick climb up the hill where we met up with the Appalachian Trail.  From there we continued to the top of "Lion’s Head" (1,738 feet) which gave us a seemingly endless view of Connecticut.  If you’re ever looking for a quick hike that offers great views, I strongly suggest giving this one a try. 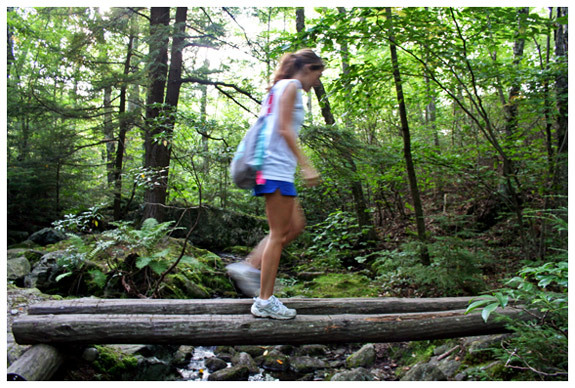 We didn’t stop there.  Our destination was still another 4 miles away.  From the top of Lion’s Head we made a quick descent down a very steep and rocky path and then the trail gradually flattened out.  The trail gave us a pretty smooth hike for several more miles.  We passed by 3 different campsites along the way to Bear Mountain, two of which had natural sources of water.

We kept seeing postings that warned us of recent black bear sightings, so Amber was getting a little bit scared.  It was every man (and woman) for themselves if we were ever to get attacked.  Amber had the shortest legs, so she’d probably be the first to go.

By the time we reached the bottom of Bear Mountain we had successfully completed 4.5 miles without any bear sightings.  We were in good shape.  The hike hadn’t been as bad as we thought it would be.  The climb up the top finally gave us some strenuous hiking, although it wasn’t half as bad as I had expected.  As you climb upwards the trees gradually disappear and there’s only small bushes and other plants covering the landscape.  We had some incredible views as we climbed up towards the top.  We were able to look back behind us and see where we had began, and off to our left we could see the Taconic Mountains in New York and the hills of Connecticut to our right.

At the top there is an eight foot tall pyramid made of large stones that was built in 1885.  I tried reading the stone plaque at the base of it to find out who had put it there, but it was very difficult to read.  We hung out on the top for about a half hour to catch our breath and to take in the views, and made a few phone calls to brag to our friends that we were the highest three people in the state at the moment. 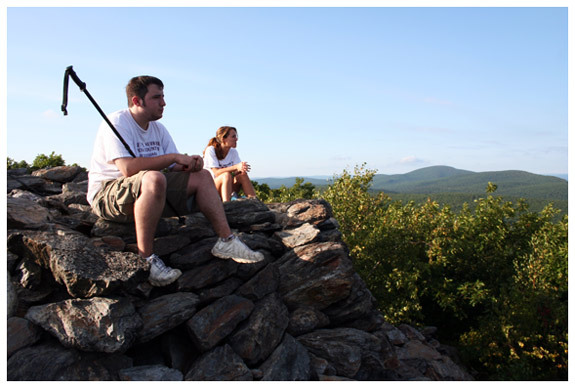 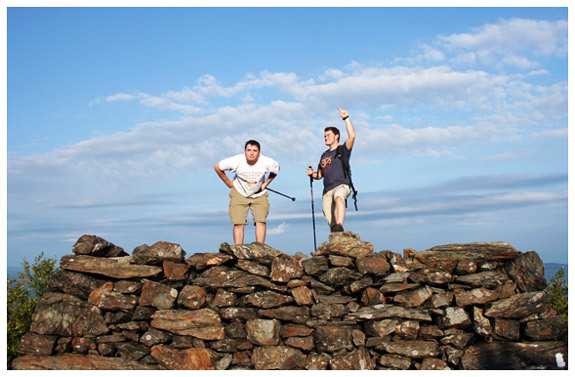 Shortly after we began our hike back, we ran into some thru-hikers.  These guys had started hiking the Appalachian Trail back in Georgia sometime around mid-April and had just made it to Connecticut.  I asked them if they thought it was worth it and one of them enthusiastically told me "absolutely".  He said he had quit his job and spent all his savings to pull it off.  They expected to make it to the end of the trail in Maine in about six more weeks.  Their body oder was overwhelming so we kept a good distance.

The hike back was much easier.  We went much faster and took a few less breaks because we wanted to make it back before sunset.  By the time we reached the top of Lion’s Head the sun had already gone down, so our last mile was unfortunately in the dark.  By the time we finished we had been hiking for over 4 1/2 hours, but other than some minor pain from a few small blisters we were feeling pretty good. 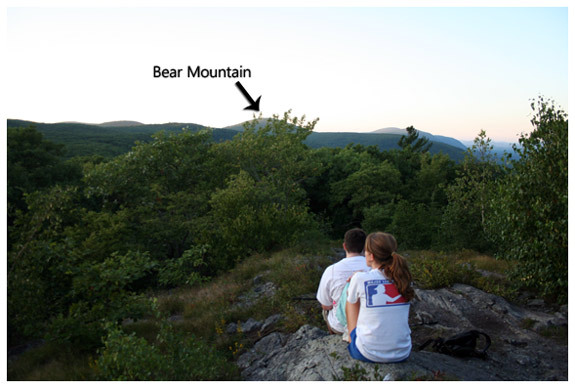 We’re gonna try to do a full days hike along the trail soon, and then stay overnight at one of the campsites.  I’m hoping to go the first weekend in October when the foliage is at its peak.

This past weekend my friends and I drove to Taconic State Park in New York for our first major hike...

The first stop this year on the CT Wine Trail – Hopkins Vineyard. Love this place.

Getting Lost on the Appalachian Trail

My friend and I once decided to go on a backpacking trip along the Appalachian Trail. It’s probably...