Lounging around at Club Med has it’s perks – unlimited food during your meals, snacks available in between, beautiful beaches, a swimming pool, water sports… it’s all very relaxing.

But it’s a bit like being in a bubble.  Just like anywhere one might visit, you have to leave the resort to get a feel for what a place is really like.  So to break away from the routine of simple relaxation, we picked up a rental car for a drive to the north of the island to Mount Pelée.

Mount Pelée is a dormant volcano that has an elevation of about 4,583 feet, making it the highest point on the island.  What really makes this volcano interesting is that it was the source of the worst volcanic eruption of the 20th century.  In May of 1902, after several days of increasing activity, the volcano erupted killing about 30,000 people, most of whom resided in the town of St. Pierre.  Only two people in the direct path of the volcano survived, one of which was a prisoner in a poorly ventilated dungeon-like cell.

We stuck to the coast on our way up north, traveling through Marin,  Fort-de-France, and St. Pierre before we took our turn inland towards the mountains.  In the pic above you can see me standing on one of the black sand beaches just to the south of St. Pierre.

Quickly after the turn inland, the landscape changed from sunny fields, beaches and palm trees to a thick, wet rain forest.  To get to Mount Pelée we had to drive through a village called le Mourne-Rouge to a steep, narrow road  that takes you up the mountain side to the beginning of the hiking trail.  We hadn’t exactly planned on taking the hike to the top, and it was rainy, so we paused for lunch at a tiny restaurant that was at the end of the road while debating whether or not to give it a try (we were advised not to without a guide). 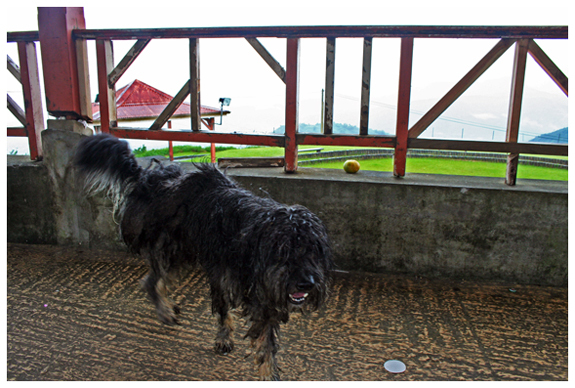 While we were eating lunch there was this ratty looking dog wandering around the parking lot that kept following us around looking for attention.  He didn’t look like he was very well taken care of at all.   We felt bad for poor guy but there wasn’t much we could do. 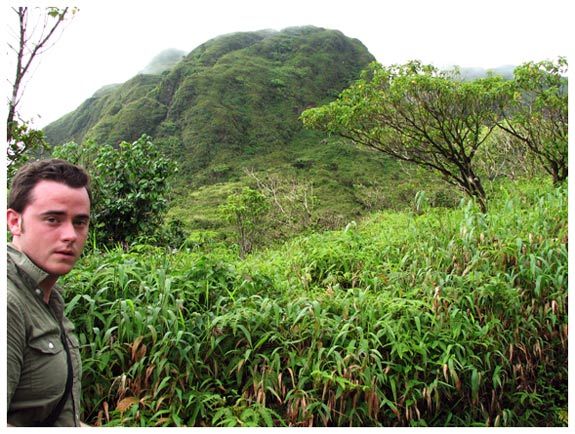 By the time we had finished our lunch, the clouds had cleared a bit and we decided to try hiking up towards the top.  Unfortunately we only got about a half hour in before the thick clouds returned and we decided we should go back.  But it was still a great experience, and something I’d definitely do again. 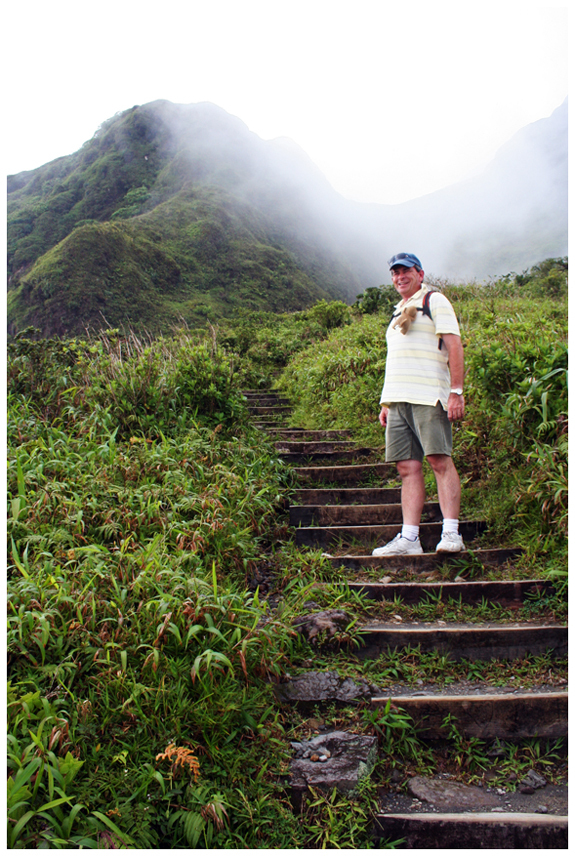 Not sure what it is… but I really like the the Temple Street Parking Garage in New Haven.  The...

A few friends and I spent the weekend in Bar Harbor and Acadia National Park in Maine. I was blown...

After resisting the micro-blogging hype for all this time without any good reason, I finally gave...